Singapore-headquartered financial technology company UNOAsia, the primary incorporator of UNO Digital Bank in the Philippines, has secured US$ 11 million in a pre-Series A funding round led by Creador Private Equity.

Creador has already invested a total of US$ 21 million and has plans to increase this further, making it UNOAsia’s largest investor.

To date, UNOAsia has secured US$ 44.5 million in investment which includes drawn-down capital of US$ 34 million.

UNOAsia said that it has strategic plans to expand beyond the Philippines over the next few years. 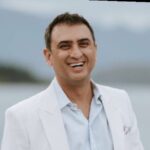 “The pre-Series A round led by Creador reflects continued investor confidence in our digital bank.

The additional capital will help us to further invest to support our growth, as well as see us through the commercial launch of UNO Digital Bank, which is now a live operating bank under closed-loop ‘beta’.” 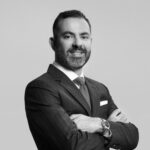 “Our investment in UNOAsia will allow us to promote financial inclusion in a country where only 10% are borrowing from the organised sector, which in turn would make a positive impact on millions of Filipinos and the broader community.

Equally, we are excited to back Manish Bhai and Kalidas Ghose, the highly experienced founders of UNOAsia, along with their team, who have very rapidly created an intelligent and responsive banking platform that will serve those seeking a digital banking experience in the Philippines.”