This will allow cardholders to conduct Visa transactions worldwide and make ATM withdrawals when traveling outside the country.

Powered by BancNet, cardholders will also be able to transact at point-of-sale terminals, as well as access a wide range of online services such as real-time fund transfers and payment of purchases by direct debit.

Consumers who download the GoTyme app will be able to generate a Visa-powered virtual card for free that they can use to make digital payments and other related transactions.

The personalised cards will be issued in real time through GoTyme Bank. 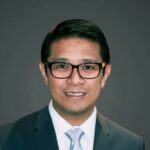 “Visa’s Consumer Payment Attitudes Study showed that more Filipinos are trying cashless modes of payment, and it is our collective goal to keep this momentum going.

Together, we hope to address some of the barriers preventing Filipinos from embracing cashless payments, helping to drive greater financial inclusion in the country.” 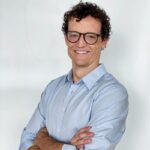 “We are building on the success of Tyme in South Africa, which became the fastest Visa issuer in the continent, and we are bringing it to the Philippines with GoTyme Bank,”

Clarke was also quoted at the launch event saying that GoTyme aims to have 10 million active customers in five years.

According to him, this will be achieved in part by setting up kiosks in every Robinsons supermarket nationwide, initially in the National Capital Region and major cities and then to other parts of the country.