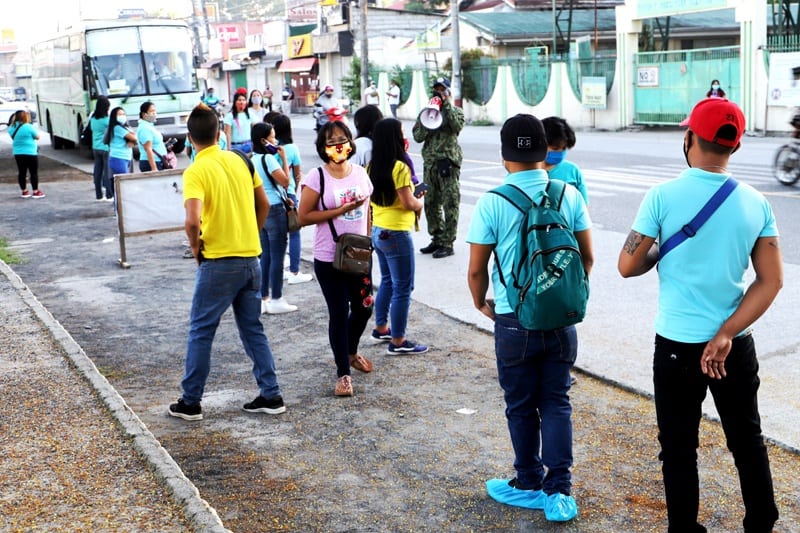 Featured photo shows uniformed workers of a manufacturing company in the Subic Bay Freeport waiting for transportation along the highway in Castillejos, Zambales.

WAGE and salaried workers are the ones who bear the brunt of high commodity prices, according to the National Economic and Development Authority (Neda).

In a virtual briefing, Neda Undersecretary for Planning and Policy Rosemarie G. Edillon said among these workers, the most affected are those who have fixed incomes whose purchasing power gets eroded.

Edillon said these workers would have to be more resourceful in terms of finding cheaper goods in order to stretch their budgets.

Apart from this, Edillon said, the government has also been providing subsidies to Filipinos such as the “libreng sakay” program for commuters in Metro Manila as well as students who are already attending face-to-face classes.

Edillon also said the government is extending fuel subsidies for the food and agriculture sector along with fertilizer vouchers to help farmers and fisherfolk cope with rising prices of inputs and fuel.

She said the government has also provided targeted cash subsidies for poor Filipinos along with the educational aid extended by the Department of Social Welfare and Development (DSWD).

Despite the increase in commodity prices and the impact of high inflation of the purchasing power of the peso, Edillon reiterated the optimism of the economic team in attaining its growth targets.

The key to the attainment of these targets, Edillon said, is to bring back the confidence of consumers, tourists, and investors in the Philippines and the economy.

“What is essential is to restore the confidence of people, of tourists—in a word, resume economic activity,” Edillon said.